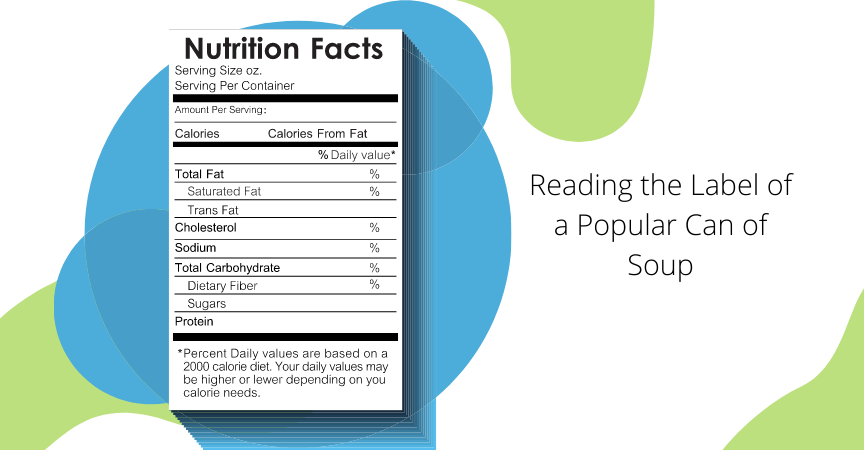 Soup makes an ideal meal or side because it is both nourishing and nutritious – and an easy way to get in a variety of vegetables and protein into your diet. In an ideal world, we would make all of our soups from scratch; in our busy world, it may be more enticing to grab a can of soup from the local grocery store.

Let’s examine the ingredients label and nutrition facts of a can of Chicken and Rice soup by a well-known brand and see if it’s truly a healthy choice. 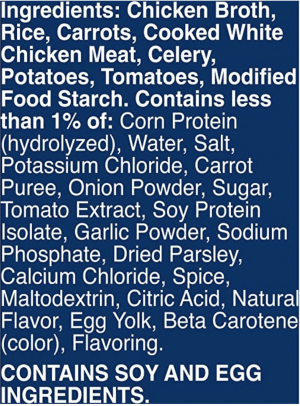 Ingredients are listed in descending order by amount, so this can of soup is predominantly comprised of chicken broth, the first ingredient on the list. While chicken broth has nutritional value, it is usually made from just the meat and is thinner than chicken stock that is made from the bones. Stock is usually thicker and soaks up vitamins, minerals, and collagen protein found in the bones during the cooking process.

The second ingredient is simply listed as “rice” so we can assume it is white rice. Rice is an inexpensive way to add texture to the soup and make it more filling. Unfortunately, white rice lacks many vitamins and minerals that brown rice has. The third ingredient is “cooked white chicken meat” which simply means that only white chicken meat (as opposed to dark meat) is in the soup.

The first three ingredients listed are what primarily makes up the food item. So, in this case, you can expect a soup that is mostly broth, rice and chicken. The rest of the whole food ingredients are celery, potatoes, and tomatoes and one can will contain small portions of each – it is

doubtful that you will get one serving of any of those three ingredients, even if you eat the entire can of soup.

The last ingredient is “modified food starch” which is an altered starch made from corn, waxy maize, and potatoes. It is gluten free but may contain wheat. This is added to the soup to act as a thickener.

The rest of the ingredients – salt and powder seasonings – are “less than 1%” and are added to make the soup more flavorful.

Note that at the bottom of the label it says the soup contains “soy and egg ingredients” which may matter to someone who has an allergy to either.

This can of soup contains two servings, or one cup of soup for two people. One cup is 100 calories. One of the advantages to eating soup as a meal – or before a meal – is that it is filling, yet very low in calories. If you’re trying to lose or maintain weight, adding soup as a side or main meal once per day may be a good choice to help minimize calories.

The sodium in one cup of soup is 610 milligrams. The Dietary Guidelines for Americans recommends that adults limit sodium intake to less than 2,300 mg per day. If a person were to eat the whole can of soup (2 cups), their sodium intake would be over 1,200 mg. This is very high.

Why is there so much sodium in soup? Sodium (salt) is used to make the soup more flavorful. It’s much more cost-effective to add salt rather than add many more vegetables which would naturally flavor the soup.

Potassium chloride was listed in the “less than 1%” ingredients list and one cup of this soup contains 360 milligrams of potassium. Food manufacturers use potassium chloride as a salt substitute to enhance the flavor of the soup and then advertise the soup as “reduced” sodium or “heart healthy”.

This soup contains 2 grams of dietary fiber per serving. Dietary fiber intake should be 25 to 30 grams per day from food, not supplements, for adults. This soup would not be considered a high fiber food.

Are you surprised to see that there is 1 gram of sugar in 1 serving of this soup? If you look closely at the “less than 1% ingredients”, you will see that sugar is listed. Canned soup is one of many package food products that contains hidden sugar.

It’s recommended that an adult’s protein intake be 10 to 35 percent of calories on a 2,000-calorie diet, which translates to 50-175 grams of protein. This would not be considered a high protein food.

While canned soup offers convenience, it doesn’t really offer much more – other than high sodium. Making soup from scratch allows you to add a variety and abundance of vegetables and a protein source, which naturally makes the soup tasty, hearty, and nutritious (plus having the benefit of no hidden sugar!).

While it can be a bit time consuming to prep the vegetables and meat, you can save time by making a large batch to enjoy throughout the week or to freeze for a later date.

View some of my favorite homemade soup recipes here. Enjoy! 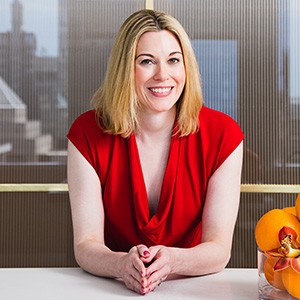