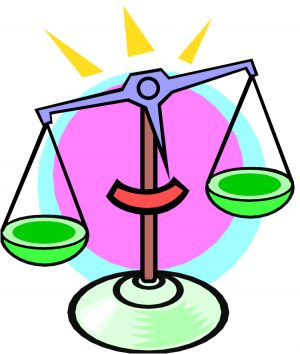 In my post, My Great Gatsby, you can read more about how he got his name and what it means to me to have him in my life. And, as much as I love Gatsby, that doesn’t mean the he isn’t a whole lot of responsibility.

Ask yourself this, “What in life worth having isn’t a lot of responsibility?”

Then ask yourself, “Is that a bad thing?”

Relationships of any kind are a big responsibility. Romantic relationships, work relationships, family relationships, and friendships, all take effort. Anyone who thinks otherwise is fooling themselves. However, there comes a time when you need to assess if the relationship is a healthy one.

Imagine a scale. Not the kind you stand on to weigh yourself but the kind you often see referred to as the scales of justice. One side of the scale represents the healthy aspects of a relationship and the other side represents the unhealthy aspects. Visualization is often a great way to analyze situations and make decisions; decisions that otherwise would continue to weigh heavily on your heart.

The first is the professional situation of a woman we will call Mary. Mary has always wanted to work in the medical field and became educated in administration. She landed what she knew was the dream job for her. Mary finds her work fulfilling, enjoys her colleagues, and loves her interaction with patients. However, she often dreads going to work due to a crass, overbearing, and rude boss. Mary finds herself taking different hallways to avoid him, cringes when he shows up at her office door, and becomes physically ill when he contacts her at home which is becoming a more common occurrence than not. Upper level management seems to have turned a blind eye to his antics leaving Mary and her colleagues feeling like they are left to fend for themselves. Her heart hurts when she thinks about leaving the job but it is soul-crushing to think about enduring the situation until retirement.

Often, we cannot make a clear decision with our mind because our emotions are so overpowering.

People often recommend making a pro and con list when a decision needs to be made and that is a great tried and true method however it does need a bit of a tweak. Everything on the pro and con list does not weigh the same. In the pro column, Mary may put “I get a reserved parking place” and on the con side may be “go home every day with a migraine” which clearly are not equal.

If Mary used the scale visualization process to access her current situation and assigned a weight value to each item, she may find her decision not nearly as hard as her emotions had led her to believe.

On the healthy side of the scale Mary would place her love for her patients (which weighs a lot), the pride she takes in her work, and the great relationships she has built with her colleagues. On the unhealthy side of the scale she would place the amount of stress she has all day every avoiding her boss while trying to do her job to the best of her ability. The amount of time and concentration she loses when he brings his negativity into her office would also go on the unhealthy side of the scale. The off-hours texts, phone calls, and emails that she is subjected to which make her physically ill and robs her of quality time with her family and friends would most likely tip the scale in a major way.

While change is never easy, we can see that Mary’s decision is pretty clear. While the job was something she loved and was a big responsibility she gladly accepted, what she gets in return is unhealthy. It’s time for Mary to move on.